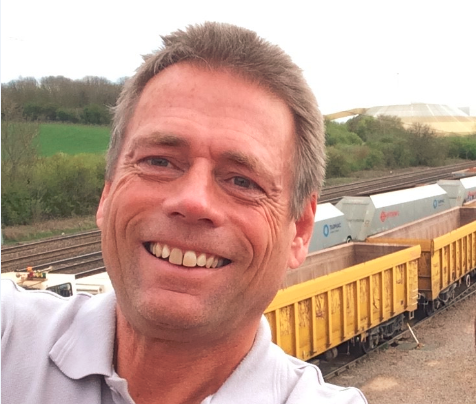 MP Skills is proud to announce that after joining the team in April as an Industry Advisor, Mike Walker has gained “Approved Trainee Assessor” status.

It’s taken Mike an impressive 4 months to reach this stage (whilst undertaking numerous other projects in the process), with hopes to become fully qualified by the end of the year.

Mike started life scheduling rail deliveries for Lafarge-Redland from their quarry in Mountsorrel in Leicestershire and became responsible for all of the rail loading/unloading facilities, staff and maintenance of equipment throughout the UK at the Lafarge railheads.

When Lafarge merged with Tarmac, his role grew to eventually becoming the National Rail Safety Manager, looking after the safe operation of the rail delivery process for both the cement and aggregate divisions of the business.

After just over 19 years with Tarmac, Mike decided it was time to explore the training/assessing avenue as he wanted to impart his vast knowledge and experience of the role and indeed the extractives industry, on to the future talent coming through.

When asked how he felt about his achievement Mike said, “I’m very much looking forward to getting out into the field now and getting stuck in, putting in to practice everything that I’ve learned so far”.

In order to gain his “Approved Assessor” qualification, a total of 8 separate assessments must be delivered and then Mike will have to undergo both an internal and external verification process.

He’s certainly not hanging around, his first session with registering candidates will be taking place on the 21st August – so that’s one down and only 7 more to go!

MP Skills is proud to announce that after joining the team in April as an Industry Advisor, Mike Walker has…

Course of the Month: Supervising Safety in Extractives & Processing Industries